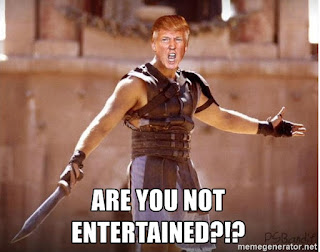 I’ve written before about my conviction that boredom is the most important factor in inspiration. After taking an extra day off work on Monday – filled with plans for amazing things – I decided to revisit the subject. I woke up to find Dartmoor hiding inside a wall of fog and decided not to go yomping with the dog as in the original morning plan. Then I felt a bit tired after a smaller yomp on the moor behind the house, so decided not to go out to the studio and attempt to clean up the dreadful audio mix on the never-finished-but-released-anyway-for-some-reason Dave Not The Cat EP as per the afternoon itinerary. Instead I sat on the sofa with the cats and watched all three Millennium (Stieg Larsson’s Girl With The Dragon Tattoo etc. etc.) films. I really enjoyed it, and I don’t regret it one bit, but then I once took a week off work to do nothing more than watch a Red Dwarf box set and drink cider, I have never regretted that either.
I am convinced that had I grown up in a world where you can watch cartoons 24 hours a day I would never have bothered to pick up a guitar, or try and string words together in an amusing fashion. The only thing that used to force me off the sofa in the school holidays was Why Don’t You?A programme about all the things you could be doing rather than watching telly, I hope it was aware of its own irony.
As an adult I have experienced the joy of re-enacting the boot through the screen of the opening titles.
It is less satisfying and a good deal more painful than I had expected it to be.
There is nothing more guaranteed to get you doing something other than watching TV than the only thing on being a bunch of Scottish (always Scottish for some reason) kids talking unintelligibly (to a kid from Surrey who couldn’t understand any accent north of Letchworth Garden City or west of Swindon – I still can’t understand the Devon accent and I’ve lived here since 1983) about how to make some strange – and ultimately disappointing – contraption from everyday objects.
It was this very lethargy that finally forced me to take an interest in things other than He-man and Thundercats. Eventually there is a point when there is nothing on telly but news and documentaries (at least there used to be in the days of four channels) and only the very lazy indeed will continue to lie, unblinkingly, in front of the television. I count my teenage self among those venerated, level eight mages of the gogglebox. Given a choice though, I would have put on another episode of Transformers and kept on watching – over the top of the book I was ‘revising’ from, with the telly as ‘background’. At some point I accidentally learned stuff about history, and got angry enough about the Tory government of the 90s to become politically aware. This, in a nutshell, is where the problem with getting things done now lies. Infinite choice is now stifling innovation.
Had I been able to put whatever I wanted on the telly on demand, I would have. I occasionally do now that it exists, though my nearly-40-year-old self has a tiny bit more self-control, and refuses to re-watch Thundercats in case it is not as awesome as I remember (like Battlestar Galactica and The Box of Delights proved to be). The near infinite choice of entertainment on offer now ensures that we all remain in a soma-induced trance, uncaring of what is happening in the wider world as long as we get our next hit of Strictly Come Lion-Taming Love Island On Ice With The Stars:Bread and Circuses all over again. In fact the very dramatisation of everything leads even the most cynical and world-weary of us to have to remember that Trump is not a TV show, and Brexit is not a movie. News is treated like drama, ratings, ratings, ratings, and so it is no surprise that it becomes increasingly difficult to tell the difference. I noticed this phenomenon when my stepdaughter asked me who the baddies were while I was watching election footage many many years ago – I told her to listen to Michael Howard speak for a bit, then it would be obvious. 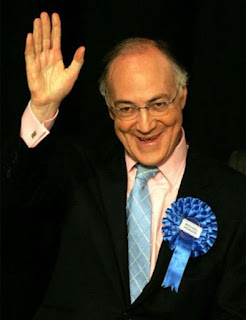 Infinite choice breeds infinite choice, and another way of keeping our minds occupied, and not on more important things, is to ensure it takes at least half an hour to work out which particular cup of coffee you want, while having to constantly compare energy suppliers, regularly switch mortgages and weep openly every time you have to decide whether it is polyunsaturated fats or mono-resaturated fats, or analogue dehydrated vacuum tube fats which are good/bad for you this week while deciding what kind of not-actually-butter-because-that’s-definitely-bad-isn’t-it? you want to buy. Einstein famously (though perhaps not truthfully) had a wardrobe full of identical suits so that he wouldn’t waste any of his time on unnecessary decisions – I think he probably had a point.
Back in the long, distant, undistracted past (which is almost certainly a fictional construct of mine) human endeavours were aimed at making life better for everyone (told you it was fictional). Self-reliance was key, you couldn’t just google what to do, you needed to find someone who knew how to do it, or learn to do it yourself. Unfortunately, once most of the big problems, like not being eaten by lions (entertainment purposes excepted obviously), freezing to death or poisoning yourself with the wrong type of berries have been solved, all human ingenuity and innovation becomes focused entirely on parting fools from their money (I accept that this is an oversimplification, and if you are new to this blog then hi: I regularly take huge liberties with history by not bothering to do any research, most of prehistory was probably creatures somewhere between monkeys and people hitting each other with rocks in order to have sex with the prettiest monkey-person, chill the fuck out).
Sadly, there is no money in beauty, be it in the form of the written word, graven image or musical notes (at least there won’t be soon – given most people’s aversion to paying for it). There is money in cake though, and coffee – since you can’t illegally download that – and if you make it seem virtuous and ethical you can charge fifteen quid for it: especially if you serve it in a wheelbarrow with a moustache on it. Just as you can sell the same completely unnecessary gadget in various different sizes and colours while changing the all-important charger socket every two months and have people continue to buy all of them somehow. 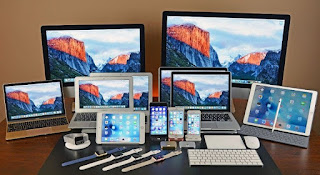 This is the pinnacle of modern innovation, marketing. Selling remakes of old movies to nostalgic idiots who have lost all ability to concentrate on a new original plot. Though that may be doing them a disservice, who wants to spend thirty-odd quid on a movie you don’t know if you’ll like? Nobody, thus we perpetuate the prequel/sequel/remake/franchise bag of awful that is modern cinema. I wanted to see a new, original movie that came out last week (Prevenge, if you’re interested, and can prove my next point wrong) but not one of the cinemas in Devon wanted to show it, certainly not in half-term when they could cram in as many screenings of Lego Batman (double franchise, boom, everything is bat-awesome motherfuckers) as they could – guaranteeing kiddies screaming for more sweets and popcorn, along with single comic geeks (although everybody loves superheroes now I’m old enough not to get my head flushed down the school bog for it don’t they?) who don’t need to scream for more sweets and popcorn, but will certainly buy a great deal of it.
I know there are people out there doing new, exciting, beautiful art. I also know that most of them are either starving, begging on crowdfunders or spending most of their time working dayjobs to fund the art in a way that Dan fucking Brown and Coldplay will never have to. I know that more thought is being put into how to wring as much money from oil, coal and gas before they run out than developing cheap, sustainable alternatives, and that the reason for that is always given as it not being profitable/economically viable. I’m sure that the history books of the future would not judge us well for choosing small pieces of green paper over the big green things we need to make more of them. Luckily there will be no history books in the future since we are all almost certainly going to die in a nuclear apocalypse at some point (optimistically) in the next few years – I consider that quite the consolation. Happy apocalypse everybody. 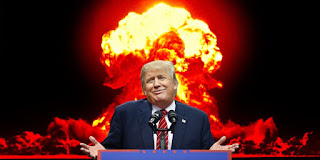