Skip to content
I recently fell deeply in love with the TV show This Is Us,which had the most captivating first episode of anything I have ever watched, featuring the best use of a cigarette in motion picture history. Without spoilers, the whole series was leading up to a moment that should definitely have happened in the last episode and left me weeping like a toddler with a splinter. Instead, they filled it with almosts, and then, while not technically leaving it on a cliffhanger, they left the ending unended and my tissues unneeded (stop it). 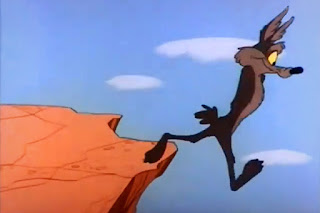 It’s ok, he can come back from this, I’ve seen him before
Despite it having been my favourite TV series of the last few years (I spent the whole series trying to work out where I’d seen one of the actors before and then realised he just looks exactly like my friend Mitch), I would immediately veto a second series for that shameless display of desperation were it up to me – although it has already been commissioned through to the end of series three now. I could see how the original script almost certainly played out, and how it had been mercilessly hacked about by some studio bastard who wanted to make sure they got viewers for thatsecond series. I blame the 2002 petitions for Fireflyand Farscapethat led to them getting concluded (though not well). Fanbases wanting to know what happened are grounds for U-turns, and everybody wants to be Family Guy.
The best franchises were all spawned from beautiful perfect little things that left you wanting more without leaving unanswered questions. The biggest, most famous franchise of all – Star Wars– has wrapped itself up neatly on no less then four occasions now. It is also responsible for the most gut-wrenching cliffhanger ever, but the third movie was already guaranteed before they made it.
Of course once Star Warsbecame Episode IV: A New Hope, it managed to generate demand for a prequel, before that was even a thing (nobody ever called The Silmarillion a prequel right?). This had happened before I ever saw it, and I waited my entire young life to see Episode I: The Phantom Menace, which explains my lengthy state of denial about its shitness. I cannot hold Lucasfilmup as a bastion of non-bastardness for this alone. 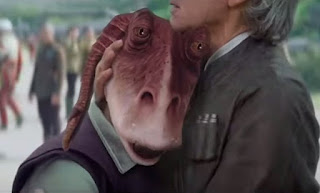 It’s ok Jar-Jar, not everybody hated you immediately
The Lord Of The Rings would not have existed were it not for fans of The Hobbitclamouring for more Middle Earth based stories from J.R.R. Tolkien. If he had submitted his 450,000 word sequel that bore no more than a passing resemblance to its predecessor now, explaining it wouldn’t be ready for another eighteen years, I don’t think anyone would bite. Although George R.R. Martin should really have considered finishing off his whole story (or at least plotting it out fully) before publishing the first part of the Song of Ice and Fire (alright, Game of Thrones)epic twenty years ago. I was so disappointed by the last two books that I probably won’t read the rest of it if he ever gets round to finishing it before he does a Robert Jordan.
It isn’t just Mr Martin who embarks on an epic journey and gets completely lost in the middle though. The Wheel of Timesaga takes enough material for a really great trilogy and spins it out into fourteenbooks that Robert Jordan died before finishing. I regret fighting my way through the whole thing, (though Brandon Sanderson pulled it back masterfully by not adding endless new subplots) butmourn the single prequel novel that showed so much promise and will never be developed into a much better series.
Ironically, the reverse of this is also dreadful. The really great thing about a comic book seriesis that it is a neverendingstory (ah-ah-ah, ah-ah-ah, ah-ah-ah). Peter Parker, Clark Kent and I have been friends for my whole life. The story keeps going, it comes to natural pauses now and then, and sometimes has to repeat its origins in flashback, but you can jump in wherever you like and enjoy it. Whereas, for some reason, if you want to make movies of it you have to reboot the whole thing every few years. I have lost count of the number of onscreen Spidermen I have fallen out of love with now, and nobody seems to know how to put Superman (the only superhero that matters) onto film anymore. I do, you remember that he is a big boy scout and stop trying to make him all dark and conflicted – he isn’t Batman, that’s the point, andneither is Ben fucking Affleck. The Simpsons,Family Guy, and James Bond all manage to keep running for decades without constant reboots (alright, so Bond kind of reboots, but he doesn’t keep continually being bitten by a spider, discovering his powers and crying over his dead uncle in some kind of Morbius loop (high five if you got the joke)). Why can’t Spidey, Batty and Big Blue? 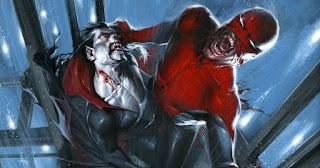 Visual reference for excellent pun above – you’re welcome
I stopped buying comic books again a few years ago for the same reason I stopped buying them in the nineties: because of all the crossover storylines forcing you to buy every single title out there to keep up. I’ve very nearly stopped watching comic book movies now, for the same reason. The last Spiderman movie I saw had Tobey Maguire in, and was proper shit. I have no intention of sitting through something as dreadful as Batman vs Superman ever again so the Justice League trailer I just saw left me bereft of hope for my once favourite title.
Maybe it’s my hatred of the enforced open ending that has led to my trouble sticking to one genre of music, one kind of writing or even just one overarching theme on this blog. Maybe I’m like Charlton Heston insisting on the Planet of the Apes being blown to hell at the end of the first sequel in order to avoid having to be in the 5th – spoiler, it didn’t work. Sequels work though, and TV series can be spread out for years, decades even, long fantasy epics can work (though only Stephen King has succesfully pulled this off) but not everything has to be a fucking franchise. One-off (or sometimes two) beautiful things are rare and wonderful, and I thank Peter Kay that a few people still recognise this. 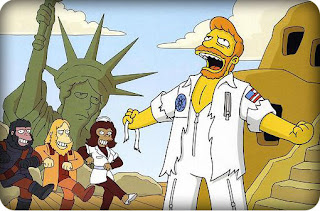