Skip to content
I’ve had some rare time off work at the same time as my wife, so we’ve been doing daytrips and generally larking about like you can only do when your kids are grown up and moved out. Sadly, I married a teacher, so we can only have time off together in school holidays, which in turn means that everywhere nice is full to the brim of arseholes, no way round that I’m afraid. As a consequence of this I realised a sequel to my last piece about London was in order. We shall make a travel writer of me yet.

(The hordes of twats have all been photoshopped out of this picture)
In the last week we have been all over the South-West peninsula that we call home. To places as diverse as Totnes, Plymouth, Exeter, Boscastle and St Ives. I am choosing not to make a load of jokes about how dreadful I find Plymouth, since that would be like shooting fish in a barrel (incidentally, my friend Joe insists that Plymouth has the romantic air of a southwestern Vladivostock, given its watery border with Cornwall, but then he is more able to see beauty in shitholes than I). In a very similar way, I am not mentioning my safari trip round Primark, Nandos and Greggs in Exeter. I learned a lot of things there, I was in turns terrified, enthralled and mind-numbingly bored, but some targets are too easy, and however well-intentioned and inclusive I may be, making jokes about chav-pants in primark is not going to help the cause any. So I won’t. Also, the very noticeable increase in the homeless population of Exeter makes me unwilling to be mean about anyone less fortunate than I. Go here, do something nice about it.

So I shall attack my own people instead, and when it comes to class based humour, Totnes is an easy target, though perhaps for less obvious reasons than you’d think. My Father-in-law always tells us we should fit right in there as it is ‘full of flipping hippies and weirdos’. He is, on the surface, probably correct. It is our addiction to charity shops that first led us to go to Totnes for the day, suspecting that we could get plenty of crazy, colourful and outlandish clothing in its charity shops. This was a misunderstanding. On entering the charity shops there, one is confronted by a sea of beige, grey and conformity, which may well be the key to understanding the place.
Small confession here, I come from the middle-middle classes (one day I will write my treatise on why nobody admits being from the very middle of the middle class, but that day is not today) from the days when this strange tribe of people insisted on calling their children Saffron, River, Lichen, Depressed Cupboard Cheesecake or some unpronounceable, re-appropriated mystical Indian thing or another (I was lucky my parents avoided drugs in the 60s, thus myself, my brother and sister got away with terribly ordinary names, phew). Now this generation are parents ourselves, we have (not me, I hasten to add) unaccountably decided to name our own children after our great-grandparents, Myrtles and Berties and Alfreds and Gerties are in abundance, running feral around the once smoke-filled and sweary pubs of this great nation. God help you if you dare to suggest that they are in any way similar to little Dwayn and Chelsee (sic) from the council estate over the road. Myrtle and Bertie are just expressing themselves creatively when they knock your drink over and pull your dog’s tail. 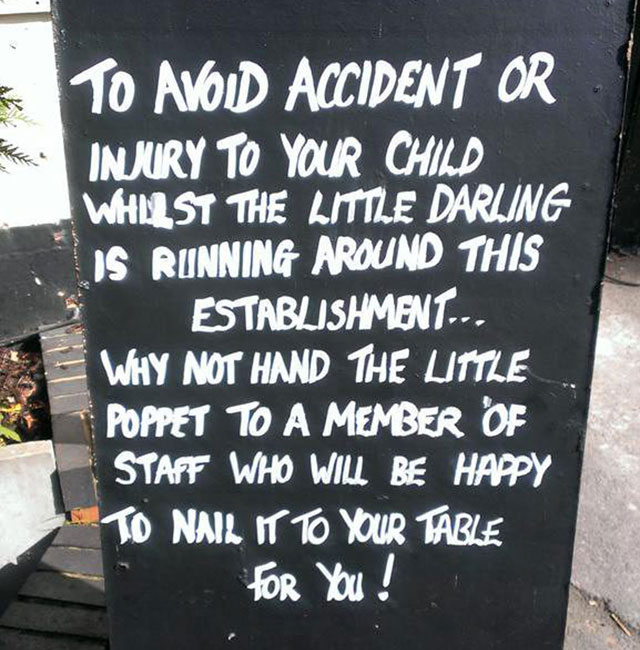 People move to Totnes to escape the drudgery of the middle-middle classes. Tarquin and Jacinta have made enough in accountancy or whichever beige occupation they have toiled at, and are now ready to flog artisanal ipad holders in the countryside instead. They sell their south-east mansion (small terrace, two up, two down) and buy a lowly Devon farmhouse instead (6 bedroom, two acres, half the price of the old place) for little Beryl and Algy to grow up in. They set up their own business knitting organic crosswords, throw all their grey suits and smart-casual, pastel-shaded shite into the local British Heart Foundation Shop and spend their new lives in alpaca fleece trousers and home whittled sandals (of which you can find a plethora of independent dealers in town). Maybe they can’t quite throw off their roots, since even Totnes voted Tory, but they all seem nice enough, and it is wondrous to go somewhere where nobody gives us a second glance, however eccentrically we have decided to dress that day. 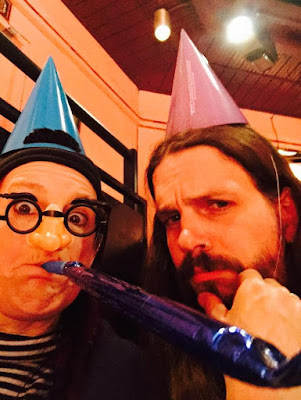 (Normal evening wear for me and the missus)
Cornwall in February seemed an enticing prospect, although our attempt to visit the witch museum in Boscastle was scuppered by its being closed, no reason given, just not open, one of the many things I enjoy about the pace of life down here (no, genuinely, I do, the relentless march of commerce is not a thing I subscribe to, I like places that keep erratic hours). A very lovely independent artist in the old forge and breakfast at the farm shop ensured that the visit was not an entire waste of time, however, and I enjoyed watching several families clad head to toe in waterproofs and wellies dragging themselves towards the North shore of the South west coast path, possibly fooled into a false impression of the Cornish weather from a long lost summer memory. Elspeth and Monty will almost certainly be crying at you as the February wind peels the skin from their faces, if they haven’t been blown over the edge of a cliff (not unlike one of my favourite hats once memorably did during a performance of Rosencrantz and Guildenstern are dead at the Minack Theatre) you should have stayed at home.

(This is neither me, nor my hat)
Having been lulled into a false sense of security by a near empty Plymouth City Centre the day before, we headed on down the coast for St Ives, hoping for some space as over the summer months it is more crowded than the streets of London, though with the added advantage of having no pavements, and angry city dwellers trying to drive their 4x4s through alleyways full of pissed up teenagers in flip flops. No chance, it was full, not of quaint and lovely fishing village charm, but arseholes, arseholes and twats mostly (and their children screaming loudly for ice cream, though blissfully unaware of Eddie Murphy).
The main shopping street (which being with my wife, I was obliged to walk down) is not filled with lovely independent shops selling locally produced wonders (unlike Totnes for example) but is jam packed with Super Salty Fat Dry Sea Face, or whatever the hell the latest trendy shop is called. It does have many lovely independent art galleries, and some proper crazy independents as well, in its defence. It’s charity shops, however, tell a tale of holiday makers abandoning their optimistic shorts and swimsuits after a rainsoaked fortnight in an overpriced cottage.
I realise that if I wish to remain tranquil and happy I should never leave my house, where it is lovely. Or I should not have married a teacher and thus have to go away at the same time as every family in the country. I also realise that it is not just London that is awful, a lot of the South West is also filled with awful, I am probably part of the problem. At least it is both nicer to look at, and much easier to find an empty bit. Drive, walk or cycle (even I’m not stupid enough to suggest you try and use public transport down here) for fewer than 10 miles in any direction from any town and you will more than likely find yourself on something that barely constitutes a road, surrounded by trees and greenery, and almost certainly in fear for your life from either the weather, some kind of wildlife or the wheels of your own vehicle cheerfully waving goodbye from a ditch. Which is actually a rather wonderful thing, slow down and make the best of it. 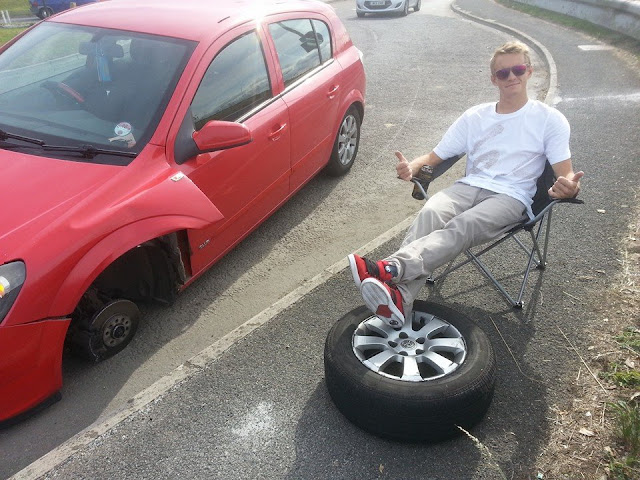 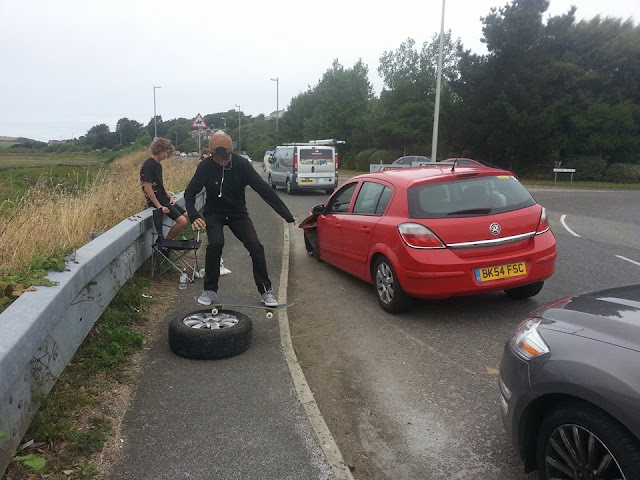