Skip to content
2016 eh? Started really badly and got worse yeah? Bowie was the glue that held the universe together and all that shit?
No, not the case here I’m afraid – while 2016 did very much start with the worst thing ever, nothing worse happened after that. I speak not of Bowie, I speak of my beloved dog Rizla’s untimely death from her dicky heart as I cried into her neck on the living room rug. Nothing has quite lived up to that utterly desperate moment on the first Sunday morning of the year, or the day that followed when – in an utter daze – I completely forgot that I had given up smoking 2 and a half years previously and turned my lungs into barbed wire and sandpaper. 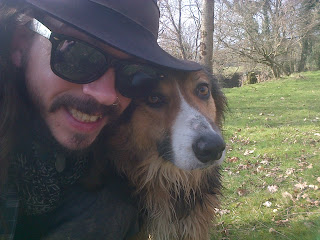 My sadly missed and beautiful dog
Obviously, after that, everything was pretty much uphill. I accept that a lot of people I never actually met have died for perfectly reasonable reasons, and a lot of people have voted for things I did not agree with – often for less reasonable reasons, but given that nobody yet knows the real outcome of those events, we will have to wait and see. Either way, 2016 was not the year to lament the outcome of The United States of Trumperica and Brexit (which I do hope will be red, white and blue – like the french flag is) as those things have not yet actually happened.
All the many celebrity deaths led to me listening to a lot of records, watching a lot of movies, and reading a lot of books I had forgotten all about, so in a purely selfish sense, they were quite positive. I accept that in the middle of the year – around my 39th birthday in fact – not a friday went past that I didn’t feel utterly overwhelmed and found myself crying at every song on the radio. Prince’s death, though very sad – particularly since he was one of those rare artists that was still putting out new and exciting material right up to the end – did lead to my favourite moment of the entire year. One spontaneous decision to go to Brighton for May bank holiday weekend, and a text from a friend suggesting I visit the Fortune of War all coincided gloriously with them having a Prince tribute night there with some excellent DJs and my wife and I dancing all night long on Brighton beach dressed in full Pirate garb. That would not have happened had he still been alive. 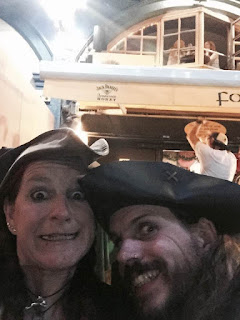 This night will take a lot of beating
The other terrible beginning to the year was the announcement that I would be getting no pay rise or Christmas bonus from the real job (which was a bit awkward since I had already spent it on wine, woman – just the one: reader, I married her – and song over the preceding twelve months). This led to me abandoning my retirement from cover bands and quickly jumping back in – which in turn meant that I got to spend a lot of time with three of my oldest and best friends in Jealousy and the Cat (which has also helped to sharpen up my terribly lazy guitar playing skills) and met up with some new, exciting and different musicians in Super 8 while shredding my terribly-out-of-practice bass playing fingers (along with a joyous reunion with Pete, my former Spaced Invader bandmate). Dagobahcontinued to bound along nicely, I did quite a lot of dep gigs with some other old friends and new acquaintances, and, at the end of the year, three of the best musicians I know and I put together yet another new and awesome musical adventure which we might be able to show you in 2017 – if we pull our fingers out, since, like most musicians, we are terribly badly organised. 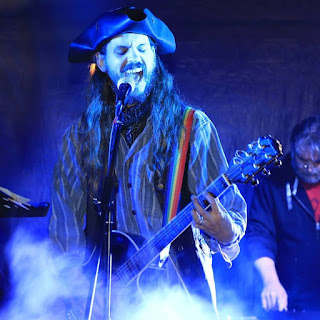 I even managed to squeeze in a couple of ‘last ever’ Rob and Dave gigs
Some projects that have been hanging around my neck for years and years like fat, knotty albatrosses (what is the plural of such a solitary bird as the albatross? Albatri? Albatross? Fuck knows, maybe I should google it?) were finally completed, despite all the other stuff going on. Having expected to just give my debut novel – Weekend Rockstars – a quick once over in January before chucking it out there to the public, I quickly realised it would need a bit of work first, and, 8 months of constant rewriting, name changes and punctuation decisions later, it was finally done. It has been received far better than I could ever have hoped for – do check the amazon reviews if you don’t believe me – and been a marvellous ego boost.
In May, I finally stopped umming and ahhing about it and hired a man to rebuild my studio shed after it was flooded out and revealed as useless three years ago. This resulted in my finally finishing the first Dave Not The Cat EP which – while it shows up my mixing abilities as needing some work – is not too bad at all (expect yet another remix sometime this year). Finishing the studio, the book and the record topped off the summer, and left me feeling I’d actually achieved something for once.
The end of the summer also coincided with two marvellous events that reminded me I should be less of a miserable hermit-like git. We put on a huge party for our tenth wedding anniversary in August, and a field filled with almost all of my favourite people in the world (some couldn’t make it, but we had such a good time we barely missed them – ha ha, your loss Steve) on a beautiful, sunny, cider-fuelled day was a gentle reminder that life needs to be shared and enjoyed a little more often – rather than locking myself in a succession of sheds to write and record stuff. 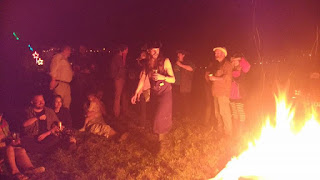 A very good time was had by all
The second reminder came at my cousin’s wedding in Canterbury, where I caught up with a whole lot of family I have not seen in a very long time – though it didn’t take very long for it not to feel like it as we spent a long day and night standing by the bins, smoking sneaky cigarettes and yapping endlessly about music, books, movies and good times. I do not catch up with my family enough (it’s the mad hermit thing again) and am now trying to rectify that. 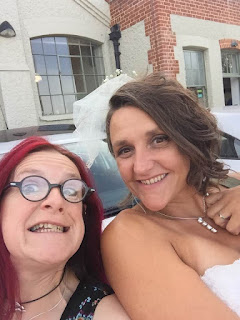 My beautiful wife with my beautiful cousin – in a car park
The menagerie has changed a bit as well this year, along with losing Rizla, we also lost Da Vinci the rabbit and one of Bitey Cat’s legs. But we gained Richard Parker (kitten, possibly pregnant at the moment, bugger), Gaugin (Rabbit, has a knackered floppy ear at the moment), Sky (6 year old, rescue Alaskan Malamute, utterly unsociable and overly fond of excrement) and a credit account at the vet. We think the happy has managed to outweigh the sad on this side as well.
Of all the big events this year the only one that left me feeling utterly hopeless was the political assassination of a sitting MP for daring to suggest that we human beings are all generally quite similar and should maybe try being nicer to each other. Jo Cox, pretty much the same age as I am and paying a completely unnecessary price. I may fear that the worst is still yet to come, but this year, on a personal level, has been pretty good. I’ve been to some good places, got drunk with some good people – some new, some old, all excellent – created some good things and not sunk under the weight of the things that the media seem to insist we must all sink under.
So, hello 2017, I expect you to be much worse – through the media lens anyway – than 2016. However, the wife, the pets, the kids and I are going to continue to have a good time, all the time. You shall not break us. 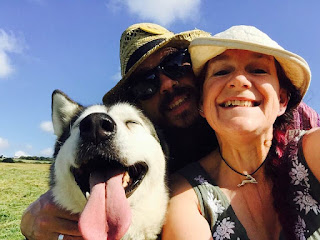 Most of this year has felt like this – I expect more of it next year
I would like to apologise unreservedly for the overly personal nature of this blog, and the obvious advertising for my own products. Also, if it reads a bit like those bloody awful Christmas round-robin letters that people you have stopped seeing regularly (almost certainly for good reasons) insist on sending you every year, I am incredibly sorry and will never do it again.