Skip to content
Wasps are bastards aren’t they? Or so legend would have it, I disagree, and since reading this in the paper yesterday even more so. It is difficult to avoid them at this time of year since they are everywhere you go. Especially if, like me, you live with people who like to spread jam all over the kitchen in the morning, before leaving the lid balanced jauntily on top of the jar in an amusing trap for unwary jam jar picker-uppers later on. As I write this, my resident wasp, Edgar, is buzzing cheerily round my head while George Orwell (the kitten) bats at him playfully. We are all ok, we are in an harmonious existence, Edgar is enjoying his jam and not even George Orwell has been stung (although he would deserve it).

At this point I probably need to point out that we are pretty sure I am allergic to wasps and might die a bit if I get stung. We found this out back when I was 18, and after quite a lot of Special Brew in the park (I know, classy) I leaned on a wasp. I did not notice for a while but eventually looked at my hand and saw a big yellow stripey arse (only its arse, the rest of the wasp had snapped off) sticking out of my finger. I did nothing about it, and went on to the pub, having just enough presence of mind to take off my rings so I didn’t lose a finger. 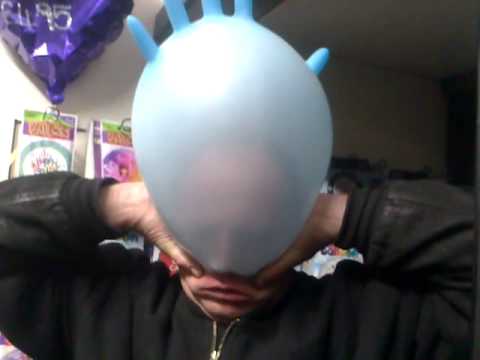 The next day my hand had swollen up like a blown up rubber glove, and looked hysterical. I went to the doctor, who suggested I was allergic to the sting, and next time it would be more serious, and eventually I might end up slightly dead. But then I might not be at all (I miss my 90s Doctor, she always had a fag on the go, and enjoyed ambiguity in her diagnoses) either way, I had to put my arm in a sling for two weeks while the swelling went down. Imagine that, an 18 year old lad, out looking for ladies, and explaining that he has been put in a sling by a wasp. Not until I had my arm broken by a puppy ten years later did I feel more inadequate explaining my injuries.
This still did not make me do the scary wasp dance when one came close by. If anything, it reminded me of my mother’s advice, ‘stay still and it will go away,’ which after years of being a little fat kid who ran around a lot and got stung (without a hint of an allergic reaction I might add) I eventually took and it worked. Sadly like most mums, mine does not follow her own advice and does a little shimmy if one comes near her. Even though she likes wine, and there is research to show that without wasps, we would not have wine.
However, I don’t know anybody who has been stung as an adult who doesn’t tell the story of the sting without adding the caveat, ‘of course it was entirely my own fault’. Except for those people for whom nothing will ever be their fault, and believe the wasps should have made their home somewhere where they wouldn’t be poked with a stick. I include absent minded swatting at your head and accidentally grabbing the wee yellow chap as being your own fault here. Wasps are not as aggressive as they are made out to be. They do pollinate flowers, and without them we would not have thought of paper.
A year after the wasp sting incident, I discovered a wasp nest in the eaves of the verandah outside my window. At this point I feel compelled to explain that in a rookie mistake, my parents had allowed me to move in to the second reception room of their sizeable Victorian residence for a bit, after I had once again run out of money, broken some furniture and been evicted from my crappy bedsit, hence the verandah.
Away from the sidetrack though, I showed my father the wasp nest, and in his characteristic way, he said we should probably keep an eye on that, never thought of it again, and left it in the hands of his wildly irresponsible son, who as we now know, is probably allergic to wasps. It turned out that my father’s laissez-faire, cavalier attitude to house maintenance and parenting was for the best though. That summer I saw less wasps around than ever before. Barring their first week or so when they were just saying hello, they went to other places, and didn’t bother me in the least. I am certain that they were off exploring, and defending their territory (me) from any other wasps. The lovely little yellow guards (don’t forget they also make wine taste nice, yay wasps).
Wasps no longer scare me in the least. Very little does. I’m not just trying to sound a bit hard there, there are plenty of things I don’t like, and so don’t do, but I’m not technically scared of them. It’s surprising, since as a child I was terrified of pretty much everything. I was famously carried out of Raiders of the Lost Ark by my mum because of the melting Nazis, and again in Superman 3 when that woman gets turned into a robot.
I had to sleep in my sister’s bedroom after watching the Omen, though, again some blame has to be attached to my father there for thinking it was a good idea for an 8 year old to watch the Omen. Still, it was thanks to Dad that I came up with beer and zombie nights for my step-kids back when they were small, and I think some of the scars I bear from seeing a man impaled by a church steeple have been passed on to another generation, through the medium of cheap lager and Hellraiser 2. They say they enjoyed it though.
I don’t like flying and I have an irrational fear of fish I can’t see, but I go on planes, and I wade through rivers regardless. I talk amiably to wasps when they hang around me, and I’ve started sharing my lunch with them by leaving them their own bit of chutney on the table in the garden. We have come to an understanding, they can probably kill me if they fancy it, and I can definitely kill them if I want to. So we have gone for an uneasy peace of mutually assured destruction. It was briefly broken last weekend when my friend Phoebe killed a wasp for me in the pub, but me and Edgar have talked it through, and in return for some extra chutney, they’re going to let me live. Phoebe needs to watch her back though, apparently.