Having written two books about being in bands, I have now read an awful lot of books about bands (research, research, research). Most of them are biographies but there are a handful of fictional ones, almost exclusively about people who dream of being rock and roll stars before going on to do so in exciting, original, world-bestriding bands that crash out spectacularly.

My Weekend Rockstars series is not about that. The first book is about a middle-aged bloke who joins one of those dreadful bands that turn up on a Saturday night down the Dog and Duck at the same time as your main course and start playing Mustang Sally.
(And you can download it for FREE for a limited time only when you sign up to my mailing list)

In the second he drags his teenage daughter into it after her rock and roll dreams crash out spectacularly. 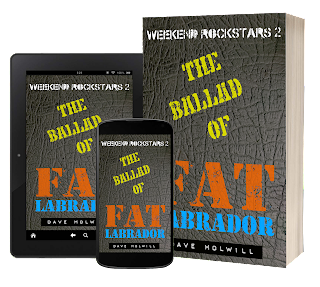 (Available to preorder now for February 14th when it comes out)

Only they’re not really about the band, they’re about love, sex, friendship, family, death, grief and how there’s nothing like a midlife crisis and a band to amplify the tensions between them.

If that sounds a bit bleak (and it’s not, it’s actually ‘a really fun romp, with a gallery of great comic characters’ according to Fiona Leitch (writer of the extremely funny Dead In Venice)) then maybe you’d like to try some of these other fictional books about bands that aren’t really about bands. 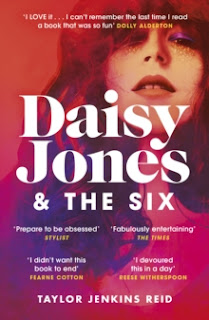 Told as an interview transcript with members of the band, their families and various hangers on, the narrative’s delivery method sounds like it could be a bit dry, but you very quickly get drawn in, start to wonder if anybody is actually telling the truth and realise it is absolutely the only way the story could be told. 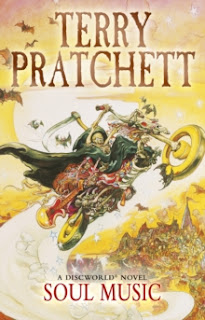 This is the best book about being in a band ever written – because it’s by Terry Pratchett. (See this post for why he was so important to me.)

Any Discworld book with Death in is great, add Susan Sto-Helit, Albert and the Death of Rats and it is even better, throw in CMOT Dibbler as Colonel Tom Parker and it’s gold (or glod).

The puns are par excellence (Cliff, on a mission from Glod, he looks a bit elvish, etc. etc.) and The Band With Rocks In are almost certainly the greatest band to never exist. It was the first Pratchett book I ever read and as such is probably the most important book in my life and I will not hear a word said against it.

Here’s some of the Band With Rocks In’s songs in case you’re not yet all in.

2) “Give Me That Music With Rocks In”

I mean, come on. I feel no need to give an actual review as if you haven’t read it we probably can’t be friends. 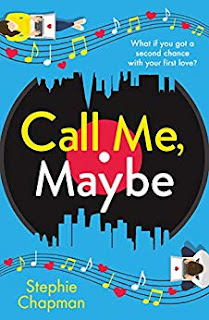 There is a very small genre of books (which I am proud to belong to), the bass-player centred rom-com, of which this tiny gem is a part.

In a wonderfully believable bit of coincidence, Cassie ends up messaging her teenage crush – Bass player Jessie Franklin of short-lived (fictional) 90s boy band Franko (who aren’t Hanson, definitely not Hanson, not even similar). He’s now just a regular session musician in California and almost nobody remembers who he used to be.

They meet up and embark on a fantasy transatlantic love affair which gets all the twists and turns and ups and downs you want in a rom-com thanks to his family/former bandmates.

It’s a story with so much heart, and such likeable, relatable characters that I instantly fell in love with it and recommend it to anybody who has ever had a teenage celebrity crush. It has given me hope that Tiffany (off of the 80s) will one day know that I exist. 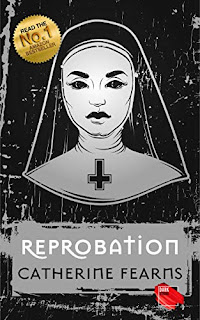 On the surface this is a gritty crime thriller about a gay scouse detective who teams up with a nun to solve a series of grisly murders. That should be enough to get anybody hooked in to this excellent trilogy (at present, I’m hoping for more). But…

Mikko Kristensen, singer and lead guitarist of Death Metal Band Total Depravity (and font of all Satanic knowledge, obvs) steals the show, (and is eclipsed by his drummer, Knut, in the third part of the series, Sound, though that might just be because Knut reminds me of all the drummers I have ever known). Music – and particularly metal music – is a central theme to the story, and Fearns describes the unbridled joy of a fuck-off-loud concert in the most perfect way I have ever read.

I realise this is not really a book about bands, but it does feature a band and has one of the most beautifully grotesque openings of any book I’ve ever read.

Also, GEVA have recorded an EP based on it that I only just discovered and I really, really like. 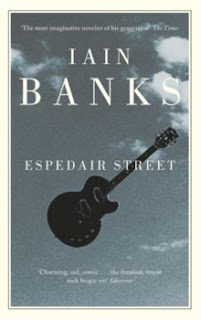 This bit of Banks (expect maudlin, expect self-deprecation, expect funny, be pleased there’s no incest for once) follows the old familiar rags-to-riches-to-crazy-recluse formula. But it’s by Iain Banks, so it’s beautiful and complicated and leaves you with a vague sense of unease.

In all honesty, I read it in my early 20s and it stayed with me, so my recollection of the details is sketchy at best. In doing my minimal research for this blog post I am disturbed to find that Daniel Weir, the old, washed-up rock star protagonist is only 31. 11 years younger than I am now. It’s kind of funny, so I include it in the Bass Player based Romcom genre currently only occupied by Stephie Chapman and myself.

The Thrill Of It All – Joseph O’Connor 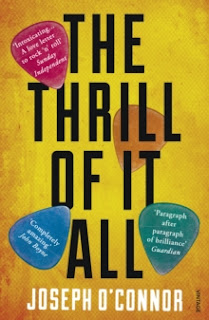 It’s the usual weird outsider kids meet, form a band, get unexpectedly big, take too many drugs and all fall out with each other story. Pretty much all of which happen because the narrator fancies a girl upon which the whole plot hinges. Most of the books on this list fit that mould – even the Pratchett one – and that’s okay, because it’s what you want when you buy a book about a band.

Joseph O’Connor, however, manages to tinge it with more poignancy than most, ignoring the glamour and painting the realities of sleeping in vans, squatting in old industrial units and having to sell that one perfect guitar to carry on living over the usual depravity, debauchery and reckless spending.

Robbie Goulding owes more than a passing nod to Danny Weir from Espedair Street – but that’s no bad thing, neither are the multiple perspectives and album reviews/press cuttings that may in turn have inspired some of Daisy Jones and the Six’s style.

Ultimately, like being in a real band, it’s about friendships and the terrible things that can happen when you drop them into the high pressure world of rock and roll. 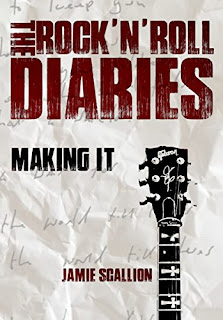 Everything I said about The Thrill Of It All applies to these tiny bursts of teenage joy. Scallion, however, takes it in the other direction. Rather than the grubby realities of a band on the road these joyous celebrations of being a kid with a guitar give you the sudden rise, the unexpected record contract, getting the girl, writing the songs and being the fucking king of the world.

They’re not big books, they’re not complicated books, and they’re not realistic books (actually I don’t know, I’ve never been in a band that made it, this could be exactly what happens). But they are utterly joyful and I read all four in a row at great speed with a massive grin on my face because they made me feel like the 13 year old kid desperately writing awful love songs to the pretty girl in the year above me at school on my dad’s guitar I once was.

Written as blog entries, twitter feeds and the diaries of the title, it’s a format that suits itself to stories of bands – especially sulky, uncommunicative teenage bands.

Scallion also wrote and recorded the songs (with a bit of help from real band, The Script) as well, enjoy. 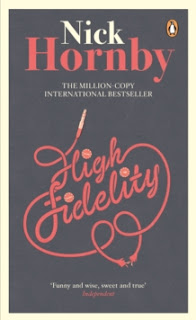 Oh come on, you’ve read this, or you’ve seen the movie at least. It’s not about a band, I know that. But it does have some of the best being-in-a-band jokes you’ll ever hear. Not least the constant name changes of Barry’s band (to rival The Whom/&U/Surreptitious Fabric from Soul Music) from Barrytown, to Sonic Deathmonkey right up to Barry Jive and the Uptown Five – or were those gags just in the movie? I forget…

Anyway, I couldn’t leave it out. 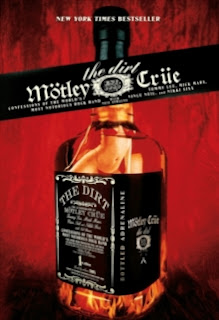 But Dave, I hear you cry, Mötley Crüe aren’t a fictional band, they’re real, you love them, you have all their albums and will play Dr Feelgood or Livewire at any point without any encouragement.

And yes, that’s true, but given everything they detail having done in this book, I don’t believe they recall any of it, and thus I’m calling it fiction about a real band – like KISS save Santa.

(I haven’t read it, I just watched the movie, sue me.)

Honourable mention needs to be made to John Niven’s Kill Your Friends, and Caitlin Moran’s How To Build A Girl, although I think those two gave fictional names to real bands (in order to avoid legal action).

And you can find Caitlin’s How To Be Famous, and The Rock ‘N’ The Roll, ‘N’ That… by Steven J. Gill on my to read pile – I can’t recommend them yet, but they’ve got bands in and purport to be funny. Will report back – keep your eye on my Goodreads account for more.

Weekend Rockstars 2: The Ballad Of Fat Labrador is available to preorder now from amazon and you can catch up on the story so far by downloading the first Weekend Rockstars for free (for a limited time only) when you sign up to my mailing list (feel free to unsubscribe later if you don’t like it).

I need 11 - just 11 - more ratings/reviews on Amazon to reach 100 - if you’ve read The Twenty Seven Club and are happy to leave a rating on Amazon to help me reach that magic number I will be DELIGHTED!!

It's not like me to say I have a website and all that business. But I do. So please kindly take a peek at it. If it's not too much bother. And if you should want to sign up to the newsletter, that would also be nice.

Tried to write a note on my phone about prospective characters whose relationship is entirely based on sex,

and it autocorrected to bassoon sex

Is that a thing?
I can't stop thinking about it now