Skip to content
Back in 1985, my family got its first video recorder, my mother used it to record a dramatisation of Dickens’ Little Dorritandto the best ofmy knowledge she still hasn’t had the time to watch it. I believe that the only reason my parents still own a VHS player is the mistaken belief that one day they will have both time and inclination to watch this disappointingly dated Dickensian drama. 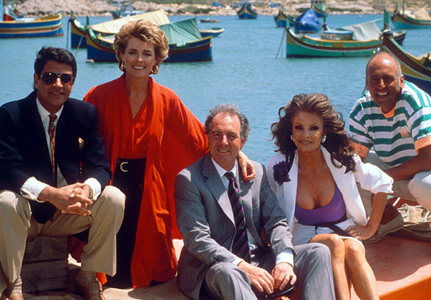 This is Charles Frere, not Charles Dickens
I myself have always had an unhealthy – bordering on the abusive – relationship with television; badmouthing it behind its back while it emotionally blackmails me so that I can never leave it (every time I threaten to throw it out over a bad episode of Doctor Who it promises me exciting Sunday Night dramas but almost never delivers – the Night Manager was good though wasn’t it?) Back when my parents were relentlessly recording every episode of Howards’ Way, Dynasty and Poldark (at one point my father had three seperate video recorders to avoid clashes and briefly considered a fourth) I used to laugh at them stacking up hours and hours of material that their incredibly busy lives would never allow them time to watch (I suspect they may have invented binge-watching while we were out, a good twenty years before anybody else had thought of it). At the time, I would keep an eye out for any new series of Red Dwarf, and that was about it. The rest of the time I was content to watch whatever happened to be on when I was in a TV mood. 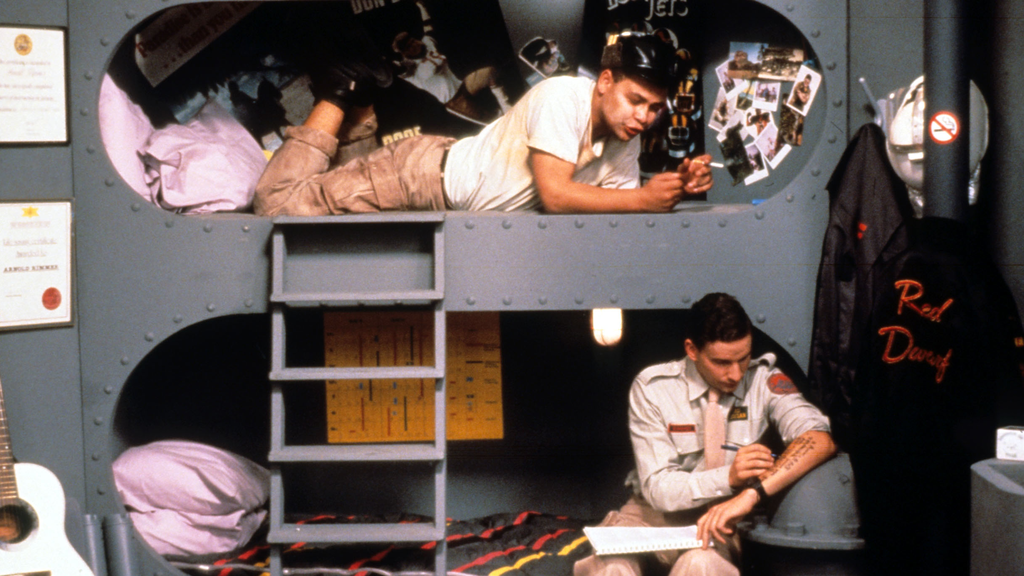 Mum and Dad never used to understand my ability to watch any old shit, just as I considered them to be in thrall to the schedulers and could not understand their need to find time to watch the many things they wanted to watch. I did briefly start using a video because by the time I got in from a gig and wanted to watch some TV there was only Ceefax on, but then TV went digital and a million new channels appeared and they all went on all night. Suddenly everything was a lot more confusing and it was impossible to follow a series because every time you put a show on it turned out to be an old episode from a year ago, unless you ignored it, in which case it was the last one that for some reason was the only one that would never be repeated (I have still never seen the last episode of Quantum Leap, I hear it’s good though). So, despite trying to watch the big series like Lost and Heroes I mostly missed them and just watched movies, cartoons, old Star Trek episodes, and DVD box sets; not all at once, but the odd episode now and then, like a normal human. Also, by this time I was living with two teenagers, so I mostly had to watch whatever they wanted to and, as a result, can no longer watch the Simpsons. I cancelled Sky a few years ago (hoping to encourage the kids to move out, it worked eventually) and gave up watching Game of Thrones (I might not even bother buying the next book, since the last two made it abundantly clear that George RR Martin has no clue what he is doing anymore) I felt free, there was less TV making me try to watch it all the time. But then, last year, I bought a youview box and became my parents(theyhavesky plus now, I suspect theyhave a couple of other recording devices as well, but haven’t checked). The irresistible allure of the green button, combined with my overly eclectic taste, is my achilles heel. Every new series that looks even faintly interesting I have now got on series record. Every movie I quite like the look of is sat on the hard drive, tapping its foot, looking at its watch, tutting and waiting, and the piles and piles of DVD box sets that I’ll get round to one day are still there. All staring accusingly at me, wondering why I bought them if I wasn’t even going to watch them. And there is still more than enough TV to watch live anyway, when the fuck am I going to find the time to watch all this? And how on earth is it going to help me? This new golden age of television is not relaxing in the least.

Back when we only had four channels, you could count the number of ‘must-see’ TV shows on your hands (probably just one of them) and I honestly can’t remember any of them now. Sure, there was Star Trek, Red Dwarf, Quantum Leap, Battlestar Galactica and so on, but you could miss as many episodes of those as you liked and still be able to follow the plot. Try doing that with Breaking Bad, Madmen or even my favourite daytime guilty pleasure, Doctors (which used to be perfect for not having to keep up with before it decided it needed running plots). 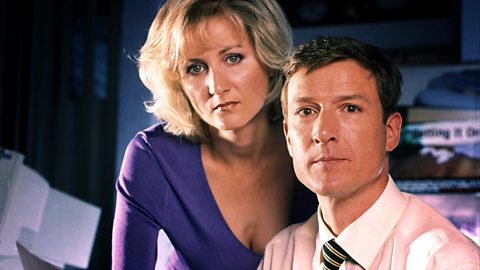 I blame these two for ruining a perfectly good show
I tried it with Happy Valley, series one was on before I had a recordy-box-thing, on a band practice night, so I didn’t see it. I thought I’d have a go at series 2, and immediately had no idea what the hell was going on. It seemed to me that the amazing twist on the detective-with-difficult-personal-life-who-doesn’t-play-by-the-rules trope was just that she was a lady, and northern, hardly a twist, and quite unnecessary. After a couple of episodes I realised that that was actually necessary, and stopped being an accidental mansplaining chauvinist southern-centric dickhead about it. Anyhow, thanks to my wife having seen series one, I found out the back story without having to watch another six hours of ‘must-see’ TV (or regret it as much as asking my stepdaughter a brief ‘what the hell is going on here?’ question about Hollyoaks which led to the longest and most unnecessary roundabout explanation I have ever heard). 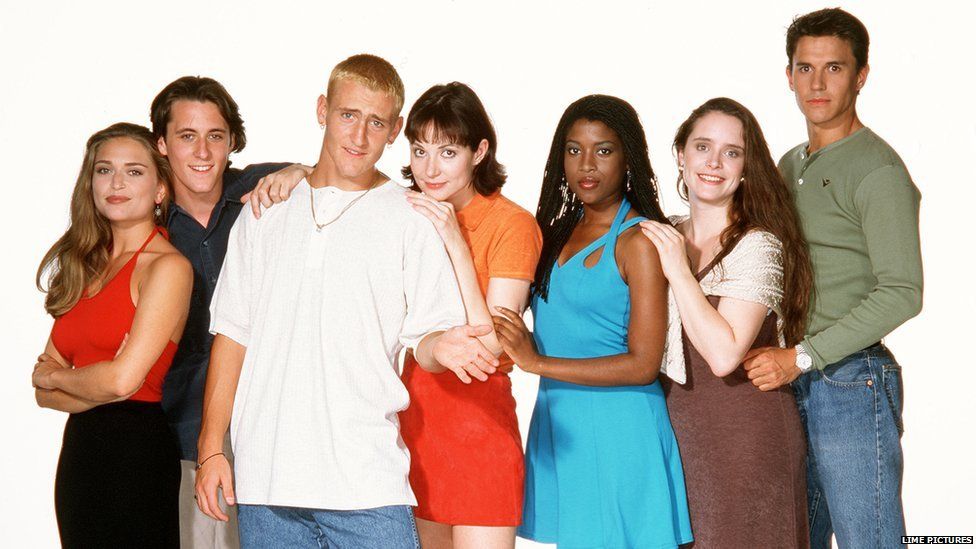 I know who these people are, but it gets a bit hazy after that
Over the years I have learned to live with my always-threatening-to-topple-over-and-flood-the-living-room pile of books to read, and it’s digital equivalent on my kindle. I have even gotten to grips with the seemingly infinite amount of DVDs I have spilling out from every place in the house that isn’t already filled with books or records. Having the added stress of the long blue list with ‘unwatched’ flashing at me every time I idly flick into the recorded section of my tellybox and no clue as to which will be the thing you will have to have seen to understand twitter that week is no laughing matter (who am I kidding, of course it’s a laughing matter, it’s hysterical).

Sadly, the truth is that now, if you want to keep up with all the many things that you are supposed to have seen, you will probably need to watch at least 4 hours of TV a day and then not talk to anybody about it for fear of spoilers (fuck spoilers, if you are surprised that Walter White dies at the end of Breaking Bad you are an idiot, and if you didn’t want to know that Han Solo gets killed by his son you should have just paid to go to the cinema before now you tight-fisted chimpknuckle).

I did say there were spoilers didn’t I?
I have, in the last couple of weeks, deliberately not started watching at least four new series that I thought I might like, I didn’t even record them ‘just-in-case’ and I am not going to even look at iPlayer. I realise now that the reason I wrote more songs, read more books, heard more music and did more things when I was younger is because I could watch a whole week’s worth of good telly in a couple of hours. I would like to say I can go back there (unlike the famous ‘we don’t own a telly’ types and their netflix-laden tablets, lying twats) but I doubt it, I like telly, and becoming my father is really no bad thing (apart from the voting tory bit). This is not my Dad, but if he was I wouldn’t skewer him with a lightsaber