Skip to content
Nearly four years into this blog, ostensibly about writing, the creative process, and what an utter ballache the whole thing is, I am back writing about writing here again – as opposed to pets, politicsand unhappy travels. This blog has fulfilled its original purpose twice over now and taught me one very valuable lesson. Stop thinking about it and just write, every day, whenever and wherever you can. Obviously I don’t, but at least now I know I should, and admitting you have a problem is always the most important step, right?
On the eve of the publication of my second novel, The Craft Room, I still don’t feel qualified to refer to myself as an author. Probably for good reason, my first was a surprising success, but both have been published using Amazon’s createspace – self-publishing, which makes you self-conscious, fills you with self-loathing and boosts your self-doubt. I am assured by people I know in the industry that this is how it actually works now. You self-publish until someone notices you and picks up on it unless you’re already a name, and a safe bet. I don’t know if this is true or just people being kind to me about my terrible writing. It seems plausible though. As does the kindness theory. 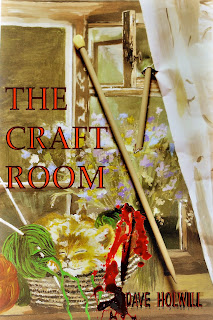 I have not given myself a break on completion of The Craft Room, and am currently trying to hack an illegible first draft of a third novel that I scrawled down feverishly during May and June into shape. None of it makes sense, and I am surgically removing what was a key character who no longer works in order to get on with it and start adding descriptions and jokes. I learned very early on in the editing process first time round not to add detail in a first draft, it will change, characters grow as you write them and you might not spot that they are no longer bald until just before publication if you’re not careful (I wasn’t, but I did find it before rather than afterwards at least).
Before I actually hit upon a decent writing ethic, I spent years plotting, replotting, going back and reworking stuff I had already written and hoping it would come good in the end only to abandon the whole idea while waiting for inspiration. See early editions of this blog for my struggles with it. The illegible first draft I am currently fighting with was knocked out in fifteen minute stints before work over two months, with no idea where I was going with the story at any point until the end. This method works, I accept it doesn’t work for everyone, but the ‘vomit draft’ theory is working well for me so far. Once you’ve got a story you can tickle the details into shape later on, but if you’ve plotted everything down to the smallest detail before beginning, then be prepared for your characters to change their minds and do something else.
Sylvia, the main protagonist of The Craft Room, kept shouting at me that I wasn’t doing her right. She began as a slightly frumpy housewife – like something from the 50s – and was always supposed to change as the story continued. But just a couple of chapters in she started emancipating herself and I began to realise she had to change even more than I had intended. Rather than being shaped by her circumstances, she started to shape her circumstances around herself – ultimately going much too far – with me not having anything to do with it. I wanted a woman discovering hidden strength and she turned out to have a lot more of it than I expected.
Similarly, her story became almost secondary to the effect it has on her son, who leaped up from his supporting character role into a main protagonist. Every character I have ever dreamed up has needed a complete rewrite at least twice after telling me what they want to be, and every story I have ever written has been completely different from what I wanted to write. It is quite upsetting since every finished idea comes from what I considered a killer opening line/paragraph/chapter which has, without exception, always ended up being deleted forever as no longer appropriate (like the original opening to this piece). I am still clinging to the killer opening of book number three, but Sean – whose line it is – tells me it sounds nothing like him anymore, and it’s going to have to go.
I accept that this blog is wildly self-indulgent, and a thinly veiled advert for the new book, and would apologise were it not the way the world works now. Thank you for reading this all the way to the end, I realise that I know nothing about the right way to write, because there is no right way to write. You can waste days reading about it on the internet, but ultimately you just need to read a lot (actual books, not articles about how to write online), and then write a lot. If it sounds like I am telling you how to write, ignore me, I have no idea how to write, I just stumble along.
Sadly I need to spam your eyeballs with these cheap jokes, while subliminally linking to my amazon sales page, otherwise it’s not getting out there. Facebookpromotions get you likes from people who probably don’t exist, promoted tweets just annoy people, I have no idea how to work instagram and I cannot afford to advertise on the side of a bus. Writing still doesn’t make me enough money to even be a useful second income, I still have to spend my weekends playing music I don’t like to people I don’t respect in venues I would never choose to visit to fund my writing habit while the day job pays the bills, just. 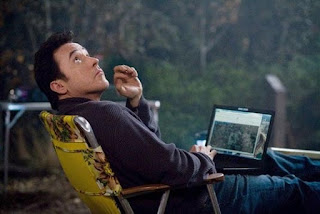 This (surprisingly popular) blog is my best outlet for promotions. I need you guys, tell your friends I’m funny, buy my book and leave it on a bus, give it to a relative. Do whatever you need to do in order for me to one day have a moment like John Cusack in 2012, when he meets a stranger who has read and genuinely enjoyed his book. It’s really all I’m in this for.