Let me set my cards on the table from the start, politics will never deliver my chosen system of government, as I hope for a Star Trek style future where currency has been abolished, and we all work together for the betterment of mankind in a utopian egalitarian society without borders, war or any of that kind of unpleasantness. It is pretty obvious that this will never be delivered in my lifetime, if ever, but I do hold out some hope that in some far flung future Jean-Luc Picard looks back at us and shakes his head in disbelief at the way we organise things. 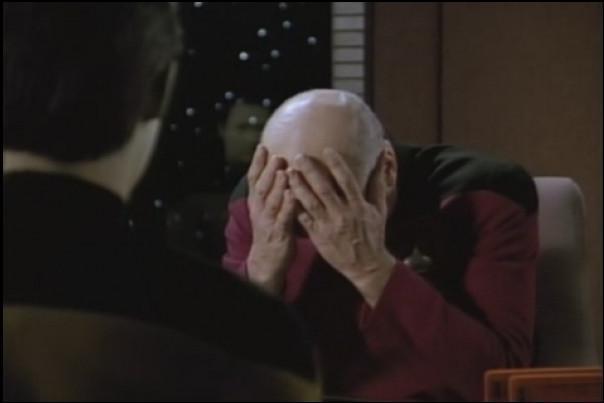 As to the leaders debate, and the cult of personality going on, it struck me that everybody says that their guy won it, and such is the nature of the beast. We agree with those who we agree with, and everyone thinks differently, I had been leaning towards the green party all year (and have enthusiastically voted for them in the past) but it is a shame that the charismatic and enigmatic Caroline Lucas has given the leadership to the awkward and frightened seeming Natalie Bennet. I can only hope that the more she does it, the better she gets, but I am leaning ever back to the Labour party again. See, even I am affected by the personality game that I am so annoyed with, green policies are still the ones that resonate with me most.
Ed is pulling off the lurch to the left that we have all been waiting for (those of us who wanted an alternative to Thatcher/Blairism anyway) and I suspect it is no coincidence that they have been fielding the most socialist MPs they can find on Question Time recently. Ever since Tony Blair tricked me (it felt like he invited me to a fantastic party, and then it turned out that the party was in my house, and he turned up with a load of rich mates, smashed up my stuff, drank all my booze, started a war with the neighbours and then left me an invoice for a load of other stuff I hadn’t even seen there) I have felt abandoned by the party of the working man. The Lib Dems promised everything I wanted last time, and they too got a whiff of power and turned their backs on us, hence my swing to the greens. I am still undecided in case you are interested, but as a proud pinko-lefty-marxist type it is unlikely that I will vote UKIP or Tory, although where I live I suspect that will be the choice, and a tactical voter may have to vote Tory to keep UKIP out, an extremely unpalatable option.
I was most impressed by the policies of the SNP and Plaid Cymru, who sound like they actually care about people. Since I am no fan of nationalism, and no respecter of borders, I was surprised to be swayed by separatist parties, and it was suggested that nationalists just dress up in whatever clothes they can to appeal to the most people. I’m not sure that’s true anymore, and I might have to move to Wales or Scotland just so that I can vote for a party whose policies I agree with. All the warnings the Tories are giving about a possible Labour/SNP coalition seem like good things to me, abolishing Trident is something I have always felt to be a good thing, given the nature of 21st century conflict, nuclear warheads seem utterly redundant, if indeed they ever were effective at anything other than attempted genocide, or ensuring the whole population live in constant fear. And the SNP have been given their answer about an independent Scotland now, so they need to concentrate on doing normal politics instead. What were once single policy pressure parties are all starting to have meaningful and well thought out manifestos.
It did sadden me that the massacre in Kenya was pushed so far down the news schedule while the pundits were excitedly dissecting the leaders debate, but that’s the media for you. I missed all bulletins on the Kenya thing, as ironically, I was channel flicking to find it, and missed it by a hair on all of them, that’s how short it was.
The thing I must take from all of this, is how sad it is that nobody seems to think that the economy should be there to benefit the people, rather than the people being there to service the economy, we are all thought of as just units, there to ensure GDP goes up and help bring the books back into balance. The country is not it’s finances, it is the people, whether they be those who had the good fortune to inherit vast tracts of land and a crown, or born to a hapless, uneducated 13 year old girl on a council estate, or uprooting themselves from their homes to build a better life in a foreign land, we need to make sure they all have real, genuine equal chances of success, and stop peddling this myth of a meritocracy. It is not coincidence that most of the powerful positions in this land are held by privately educated white men, and I say that as a privately educated white man.